Menu
The Haunted History of Huntingdonshire 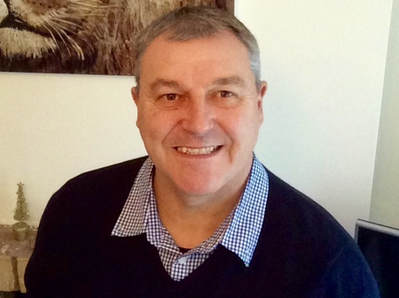 Mark George Egerton
Mark was born in Huntingdon on the 4th February 1961, he is 60 years old.  The son of a bricklayer, he was raised in the small rural village of Southoe, which is located between Huntingdon and St Neots.  Mark was educated at Southoe, Brampton and Hinchingbrooke School in Huntingdon.  In fact he spent the last year of his education studying inside Hinchingbrooke House in Huntingdon, which is featured on the books front cover.  After leaving school in 1978 he then spent the first 25 years of his working career with American chemical giants DuPont (UK) Ltd, working in St Neots, Stevenage and Cambridge.  Since then he has run his own business (a Driving School), and has also worked as an FDAP accredited Drug and Alcohol Worker, throughout Cambridgeshire.  Mark has two grown up children, a son named Matthew and a daughter called China.  Both of his children also live locally in Huntingdonshire.

Mark first became interested in the paranormal following a personal experience which happened to him in 1976.  This experience was to have a profound effect on his life, and is fully explained within the book.  At the time Mark was only 15 years old, and he has been intrigued by ghosts and the paranormal ever since.  The paranormal is a very broad subject, Mark's particular area of interest is predominately ghosts, hauntings and poltergeist type phenomena.  His early interest was actively encouraged by his late uncle Trevor Kenward, a long term and highly respected member of the world famous "Ghost Club".   For those of you who are not familiar, the "Ghost Club" is officially the oldest psychical research organisation in the world.  Its roots date right back to the 1850's and it was formerly founded at Trinity College in Cambridge University in 1862.  Former eminent members of the "Ghost Club" include the famous authors Sir Arthur Conan Doyle and Charles Dickens, and many well known celebrities including the actor Peter Cushing, of Hammer House of Horror fame.  Those with an interest in the subject will not be surprised to hear that famous paranormal experts from the past, Harry Price and Peter Underwood were also heavily involved with the "Ghost Club".  In fact Peter Underwood was the President of the "Ghost Club" from 1960 until 1993.

Mark was fortunate to receive expert tuition from his uncle Trevor Kenward, and on two occasions he was privileged to meet and receive guidance from the famous parapsychologist Peter Underwood, who was the cousin of his uncle Trevor Kenward.  For several years Trevor and his wife Marilyn (Mark's Aunt), were responsible for the general finances and admin of Peter Underwood's 'Ghost Club Society'. Trevor and Marilyn also feature in a number of Peter Underwood's many paranormal books.  Mark is now semi-retired and he again lives in the village of Southoe, where he grew up as a boy.  He is a keen sportsman and his other passions include reading, Classic Rock music and a liking for traditional English 'Scrumpy' cider!  Thanks to his late father Harold (a born and bred Liverpudlian), Mark is also a dedicated and passionate follower of Liverpool Football Club.

WHY DID YOU WRITE THIS BOOK?
To be honest the idea to write the book first came about around 30 years ago.  I received a lot of encouragement to write the book from my Auntie Emma (Marilyn Kenward) and her husband Trevor.  However, I was working full time, had a young growing family and was playing a lot of sport too, there simply was not the time to sit down and write a book.  Marilyn passed away in 2009, as the result of a cancer and just prior to her death I promised her that I would write the book at some point in the future.  I semi-retired in 2013 and this gave me the time to sit down, plan the book and then conduct all the research. I made a start on the book in 2015, but it still took me two years to finally complete it.  Thankfully, I'd kept a lot of my old notes and records from the 1970's/80's, and these proved to be invaluable while conducting all the research. The writing itself was not too onerous, but I found all the research to be very time consuming.

My intention was to write a book about Huntingdonshire's Ghosts, Myths and Legends, which predominantly is what the book is all about.  However, while researching these amazing haunted locations I also uncovered a collection of interesting and historical facts relating to Huntingdonshire and its ghosts.  Some of them were so incredible and unbelievable I felt I just had to include them within the book.  Most are related to the haunted locations anyway, so it wasn't too difficult to weave them into the pages of the book.   I also thought it would be interesting to spend the night inside some of the haunted locations featured, and then report what had happened. I was able to do this in several of the locations and an honest and accurate account of what occurred is documented in the book. This will certainly give readers a real life glimpse into the world of paranormal investigating. They will soon discover that real life differs greatly to the many paranormal reality shows that feature on our TV screens.

I also wanted the book to be a little bit different from the normal, 'run of the mill', ghost story' publications.  Therefore, this book is particularly large.  It is A4 in size and it contains just over 108K words.  It also features 300 unique Huntingdonshire images and illustrations. These images run throughout the book, allowing the reader to actually see what they are reading about.  For reasons of cost, most publications feature 10-20 images all bundled together in the centre of a book.  However, with over 300 images and illustrations this just wasn't practical.  This meant that the whole book had to be printed on high quality, expensive photographic grade paper. I believe I made the right decision though, featuring so many images really does enhance the reading experience. We now all live in this 'throw away' society, so I'm really hoping that this book will somehow preserve some of Huntingdonshire's heritage along with its many Ghosts, Myths and Legends. 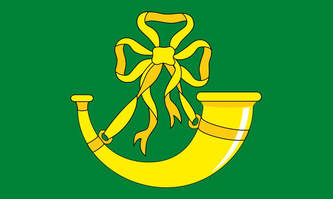 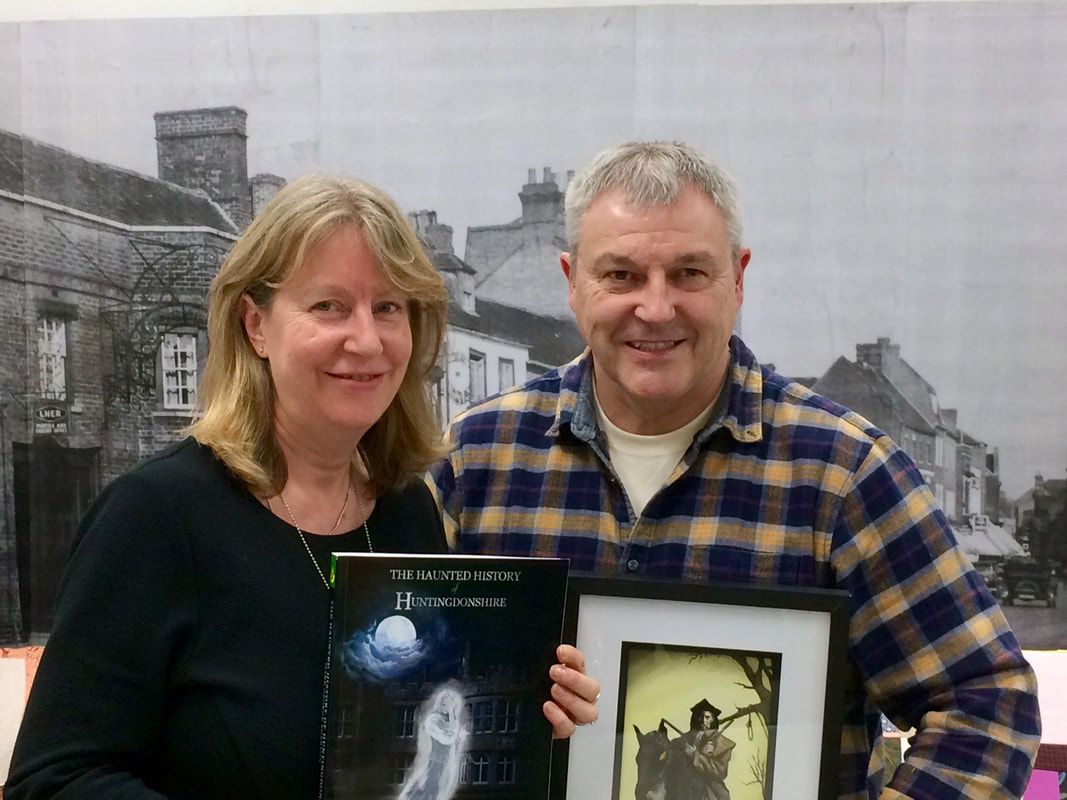 Friday 13th October 2017 - The book is officially launched in St Neots at the St Neots Museum.
Mark and Museum Curator Liz Davies pose together for a photo with "The Haunted History of Huntingdonshire" 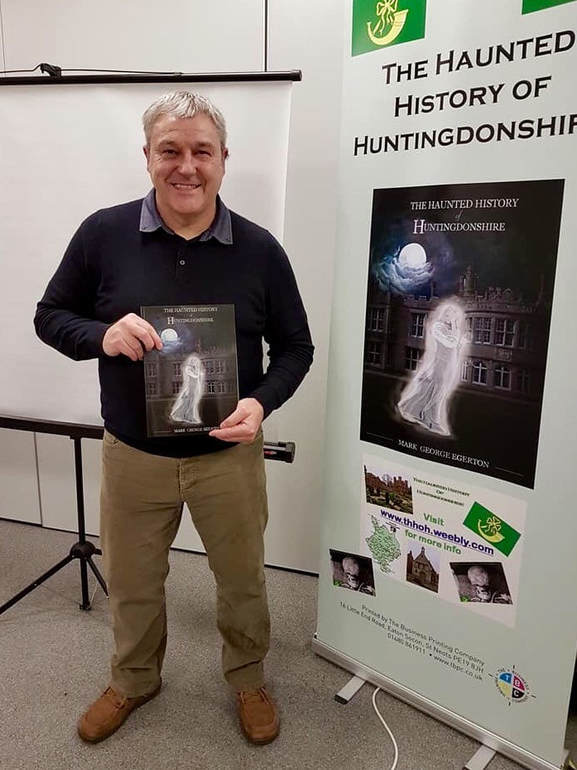 ​The Haunted History of Huntingdonshire 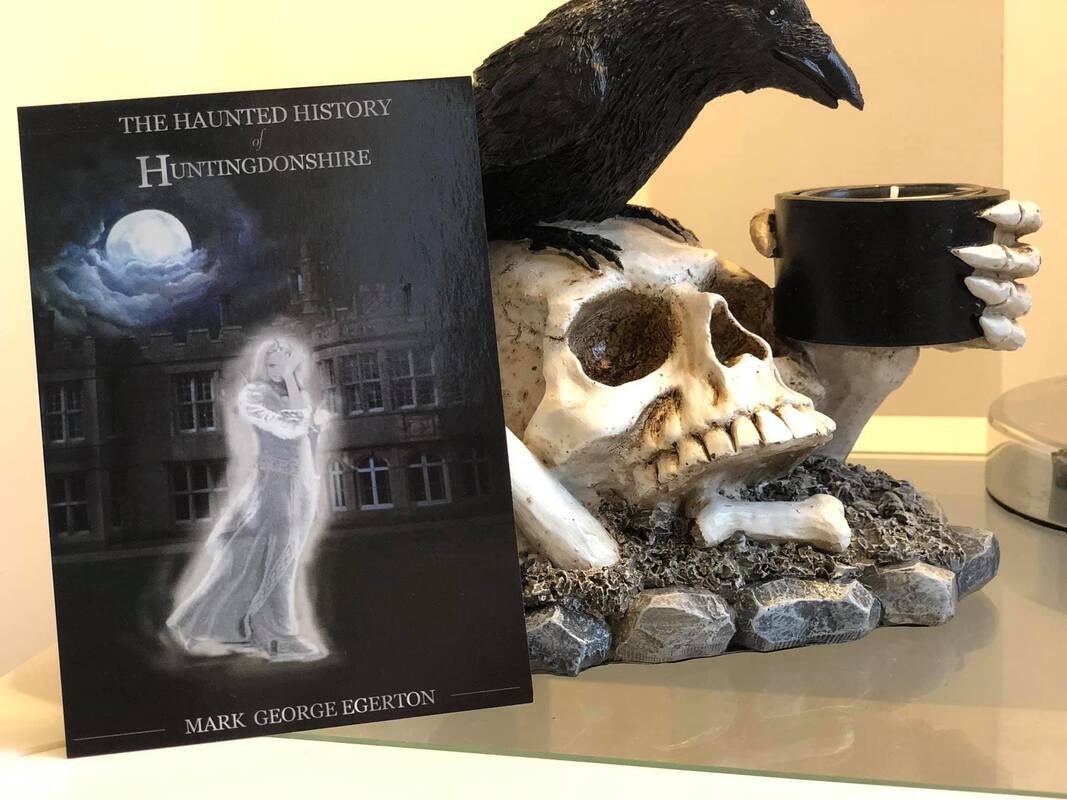